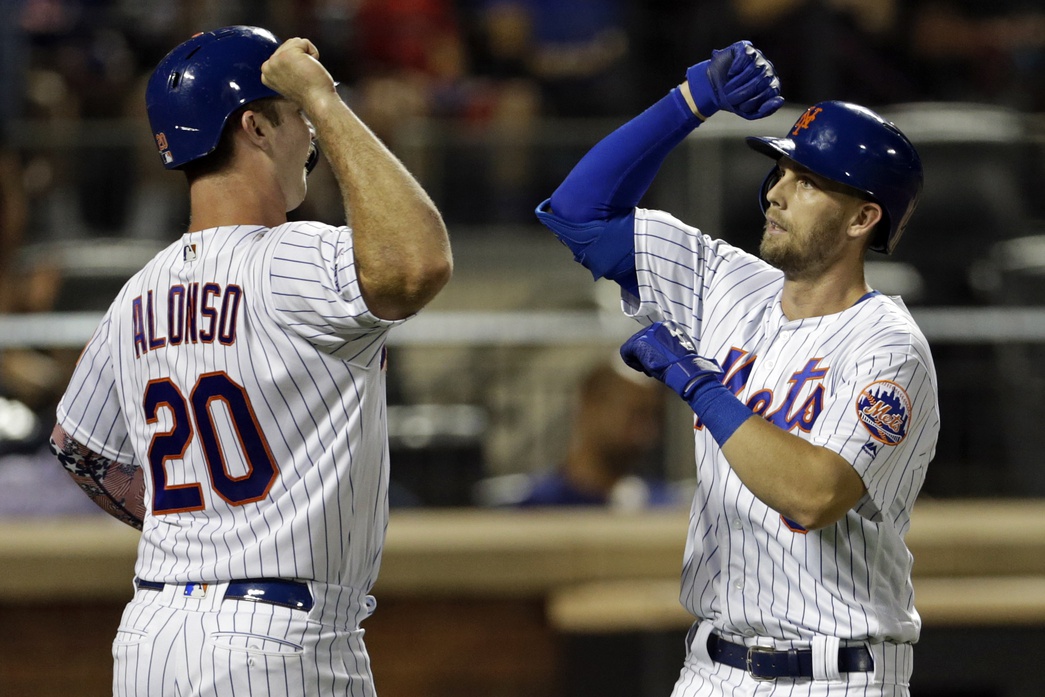 The Mets have announced the names of the 45 players that will comprise their initial player pool for the truncated 2020 season.

The group includes 34 members of the 40-man roster (Noah Syndergaard was placed on the 45-day injured list as he recovers from Tommy John surgery) and 11 non-roster invitees.

Summer Camp officially kicks off at Citi Field on Wednesday, July 1. Players from both groups who don’t crack the Opening Day roster will be dispatched to MCU Park in Coney Island, home of the Brooklyn Cyclones, to stay fresh.

Below are the non-roster players joining the pool. While the total limit is 60 players, teams can add as it becomes necessary.

Intrasquad games and workouts will be plentiful in the pool during the season, but games between teams from different organizations will not be allowed.

With the likely cancellation of the minor league season, including a farmhand in the pool is the only way to guarantee him direct instruction from coaches this year.

It’s possible that an expanded Arizona Fall League or a similar setup in Florida is implemented over the next couple of months, but some teams were inclined to include their top prospects — the Mets did not include any of their big fish — to ensure they won’t miss out on an entire year of development.

Veterans like Adams, Nunez, and Rivera have a strong chance to be contributors this season, perhaps even having a shot to crack the Opening Day 30-man roster.

Shreve, a left-handed reliever, and Fargas, a speedy outfielder, offer unique skill sets that could be of use down the line.

Mazeika, Peterson, and Smith are the only three homegrown players included on the initial list.

It should be noted that the Mets aren’t locked in with this specific group of players for the entire 2020 season. Trades, waivers, and free agency are functioning as they would in a normal year (with the exception that only pool players can be traded).

However, the only way to remove a healthy non-40-man player from the pool is to trade or release him. He can be re-signed, but a released player cannot be re-added to the pool.

Similarly, a 40-man player who clears waivers and is outrighted off the roster cannot be re-added to the pool.

That means the most flexible players are ones with minor league options remaining. Pitchers like Robert Gsellman, Paul Sewald, and Daniel Zamora can come on and off the active roster without having to go through waivers, where they would end up either getting claimed by another team or outrighted to the minors and deemed ineligible for return to the pool.

It is also worth clarifying that the group of 60 players should be referred to as the “player pool.” The term “taxi squad,” which has incorrectly been used interchangeably with the pool, actually refers to the three players (one catcher) who can travel out of the pool and with the major league team on the road to serve as injury replacements without having to be added to the active roster.

All players will report to New York by Wednesday, with the first full-squad workout scheduled for Friday, July 3. The two-day buffer will allow for proper COVID testing to be administered to the players, coaches, and support staff.